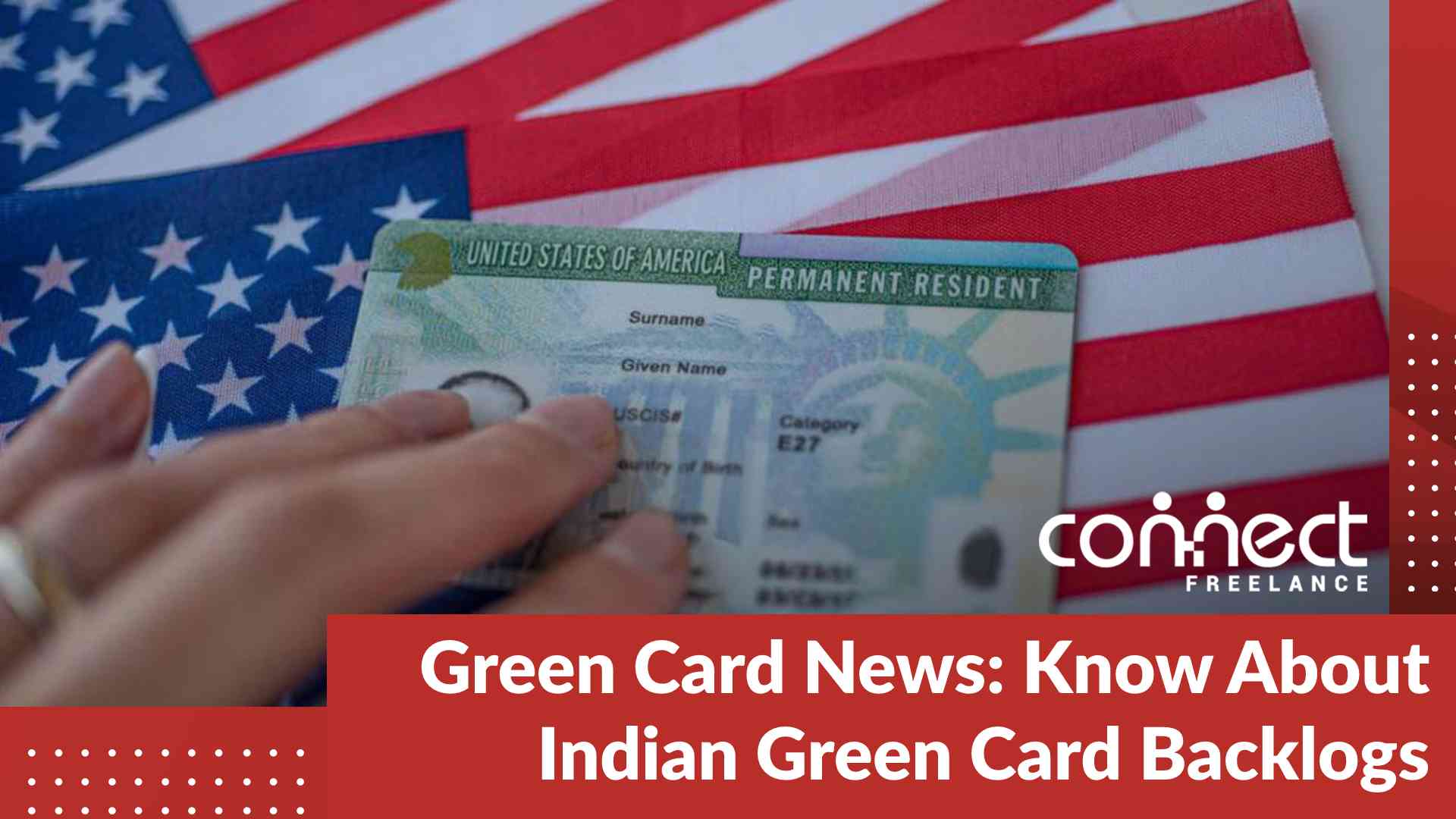 Receiving green card news is always good for immigrants waiting for their permanent residency. The latest green card backlog news came out a month ago, on December 16th and they were not as good as people were expecting.

According to this news, a plan that would have helped immigrants who have had years-long waits for green cards due to allocations according to the country of origin actually failed to be put to a vote on the House floor as support for the proposal declined, even among proponents of immigration.

Let us establish something, receivers of green cards have the option of living indefinitely in the US and have a path to citizenship. Accordingly, they can also free themselves from the constraints of temporary work visas; which depend on employer sponsorship for their immigration status, by obtaining an employment-based green card. Instead, they have more freedom to change professions and look for promotions that fit their skills, just like US residents do.

However, the existing green card backlogs force thousands of successful applicants (particularly immigrant laborers from China and India) to remain on temporary visas for years or even decades as they hope for their India green card to become accessible.

According to immigration news green card, and less wait time is a top demand for immigration supporters. Consequently, green card backlog latest news says that legislators in both chambers of Congress have tried and failed repeatedly to address the issue.

Nevertheless, even parties who advocate more employment-based immigration, rather than only immigration restrictionists, have been unable to reach an agreement on how to effectively approach the issue.

1. Learn more about what is causing green card backlog 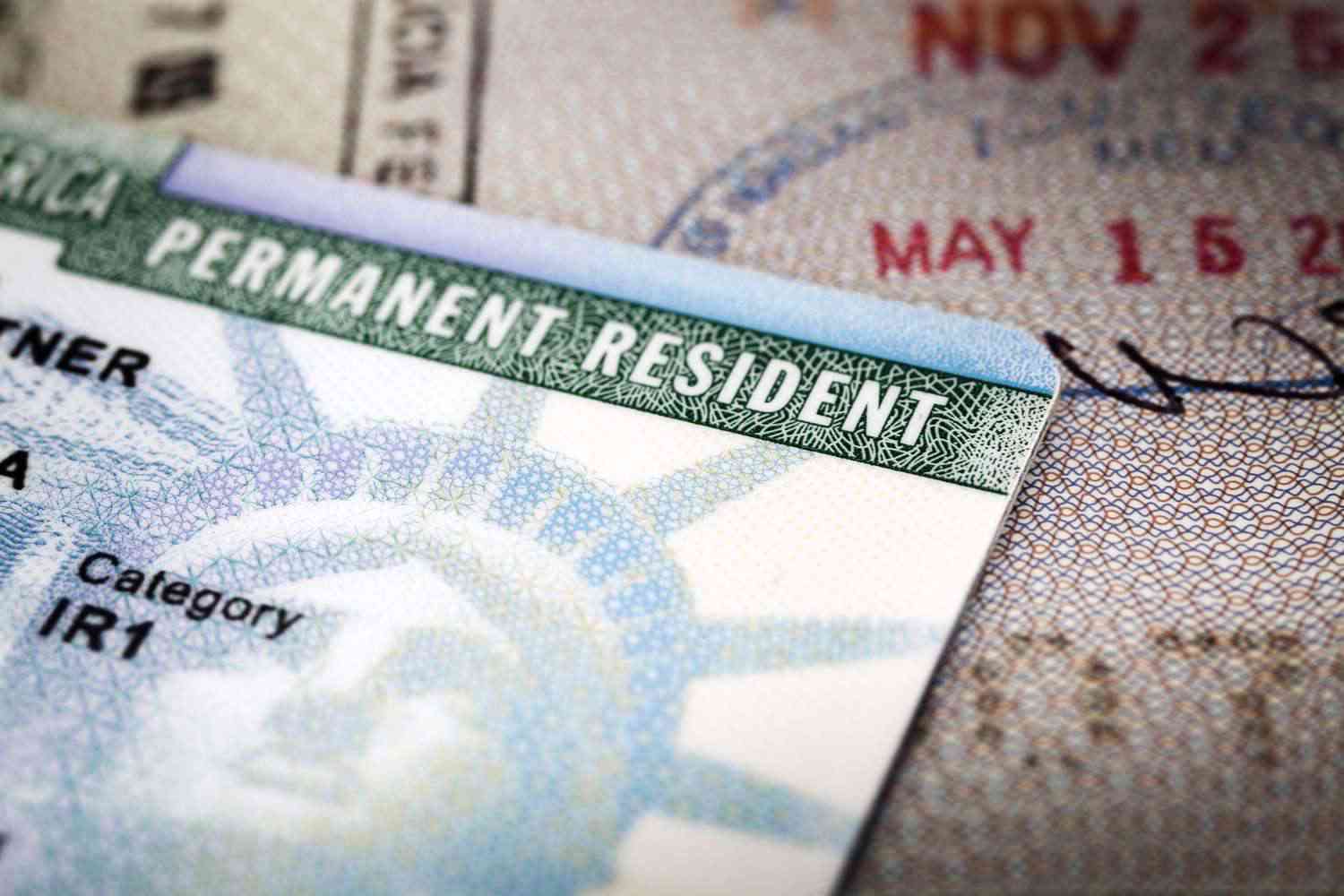 The immigration green card news says that the annual maximum for employment-based green cards is 140,000. Nonetheless, if any leftover family visas from the prior year roll over to the employment category, the annual cap increases. This means that an applicant with a petition that has been approved is added to the green card backlog. This happens due to the lack of green cards available for that year, and possibly not for the following years.

To explain things further, according to the green card backlog latest news today. A nation of origin cannot receive over 7% of the total visas that the nation provides in a given year. China and India are the two countries from which the majority of high-skilled immigrants with H-1B temporary work visas come. Therefore, applicants from those two countries face exceptionally significant wait times.

Let us expand on what we are explaining about employment-based green card news. The majority of people applying for employment green cards have been in the country for years on H-1B permits; which have grown faster than available green cards because of the IT boom.

According to recent data, during the previous two years, there have been almost twice as many employment visas available. Green card latest news says that it only made a modest impact in the long-term backlog; which hit a peak at about 1.4 million requests last year.

Consequently, the wait time is so long that some Indian applicants could be waiting in the backlogs forever.

1.1 How is this lengthy backlog affecting competition for talent?

In order to relieve employees’ lengthy wait periods and to increase talent, major firms including Amazon.com Inc. and Google LLC, two of the most popular places for immigrants to work temporarily, have been asking for a reduction in the backlog of green card applications. This is what the Indian green card backlog news is about.

Professionals may choose not to immigrate to the US if there are green card backlogs. And also ambiguity about their long-term presence in the country. Additionally, universities and colleges have had a difficult time recovering from a fall in international enrolment that started even before the epidemic; which has prompted worries about the pipeline of foreign talent. As we can see, the latest green card news is not good for everyone.

A law exempting foreigners with doctorates in technology; science; engineering, or math from green card caps was one of several initiatives to foster global talent that failed.

The detrimental implications of the green card backlog were recently brought to light by the latest spate of layoffs in the software industry. This is one of the industries with the highest proportion of H-1B visa holders. Many employees who had been living in the US for years were suddenly compelled to find new H-1B visa sponsorship within 60 days or risk deportation; even if they had already begun the green card application process.

1.2 What could Congress do about this US green card news?

The current House bill would increase the limitations for family categories while gradually eliminating per-country limits for employment green cards. It would also provide backlogged applicants more flexibility with their job schedules and travel authorization.

However, it is not the only suggestion there is about green card news India backlog. Both Democratic and Republican lawmakers have put up plans for green card recapture that have been inactive since 1992; this is because of processing delays that prevented them from being granted before the year’s end.

Other plans called for lowering restrictions on green cards for professionals in high demand; such as nurses, doctors, and engineers. As well as for developing new visa classifications for business owners who establish operations in the US.

1.3 Why is Congress not doing anything about green card news?

The Biden administration supported the existing House bill to reduce per-country limitations, but it was unsuccessful.

As a result of their connections to other contentious political issues like border protection and the Deferred Action for Childhood Arrivals program, even smaller, more fragmented remedies to the green card wait times in recent years have had difficulty. The proposal to scale down per-country caps was enacted by both chambers of the previous Congress, but differences could not settle at the conference.

The American Hospital Association, a proponent of employment-based immigration, has also opposed legislation to eliminate per-country caps. Out of concern that doing so might prevent immigrants from nations other than India and China from receiving green cards. Particularly, those immigrants, like nurses, who did not initially enter the country on H-1B visas.

The healthcare sector is particularly keen on immigration since it depends on foreign labor to fill key positions.

Congressional Black Caucus members state that eliminating per-country limitations without materially increasing the total number of visas available will not offer Black migrants a fair chance to immigrate to the US.

Eliminating per-country limits, according to organizations that support lower immigration rates like the Center for Immigration Studies, would harm American labor.

2. Know why the freelance visa is a better alternative to the green card

There are various benefits for individuals looking to stay in a region under a freelance work permit. For example, the main benefit of choosing a freelance visa instead of a green card is that holders do not have to wait years for it. Approval will be received in a matter of days

Connect Freelance will share information on the green card latest news on a green card, As soon as there is an update.